You are here: Home / Portfolio / Broken Arrow Interior Paint – Striped Bathrooms
PreviousNext
12345678
How much did this house cost? Click here to download our pricing sheet

This painting project was completed in Broken Arrow, OK by Dukes Painting, LLC.  We did a complete interior paint job for a 3 year old house.  The original contractor grade paint was beginning to fade and several large cracks had formed.

In addition to repairing several large settling cracks in the drywall, we also did 2 versions of horizontal striping in the bathrooms.

The master bathroom received large stripes on all of the walls, while the hall bath received much smaller painted stripes on a single wall.

We painted all the ceilings and walls in the rest of the house.

This is what our client had to say!

Marty and his crew are the absolute best! I would recommend them to anybody interested in giving their home a fresh, new look! Not only did they do an outstanding job painting my entire home, they kept each space clean, rehung art/mirrors/pictures , and were unbelievably professional. In addition to the inside being beautiful and tailored to my hopes for each space, they were also able to repaint and recaulk the framework to my front door and garage door. Their work is thorough and clean. They are easy to work with, accommodating of your time, and are helpful when it comes to adjusting little odds and ends around the home! I 100% recommend Dukes Painting! 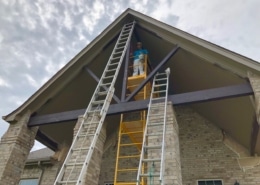 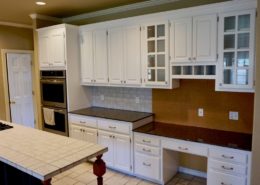 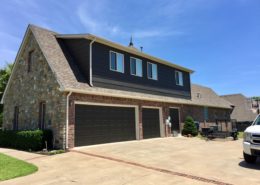 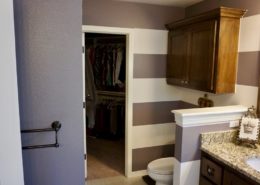